(YORK, PA) After an extensive candidate search, the Board of Directors of the Industrial Supply Association has unanimously appointed Brendan Breen to be the next President of the Association. Having previously served as ISA’s Executive Vice President, Brendan will assume his new role effective immediately.

After announcing the departure of previous CEO and President, Ed Gerber, the ISA Board of Directors advertised the open position. Nearly 100 candidates applied for the role of President, including Breen.

“It was important that we spent adequate time reviewing and discussing all the candidates who applied for this job. Frankly, it says something about ISA that so many individuals wanted the job. In the end, we unanimously landed on the best candidate for us and our members. Brendan has the experience, the vision, and the passion to lead ISA into the future.” – Maria Ford, President of North American Commercial Industrial at Stanley, Black & Decker and ISA Chair

Brendan brings 15 years of progressive association executive-level experience to this new opportunity. He began his career in Washington, DC leading several organizations with a focus on membership engagement and development. Prior to his time with ISA, he served as the Executive Director for a number of associations developing programs and initiatives that drove revenue, created sustainability, and established stronger value. In 2017, Brendan was recruited to ISA as Director of Operations shortly after Gerber joined the team. More recently, as Vice President of Strategic Initiatives, Brendan has been leading ISA’s efforts to work more closely with its members to connect the dots between ISA’s programs and initiatives and the members’ unique challenges and goals. He has also been leading all sales efforts, working closely with volunteer groups, and connecting personally with members. In mid-October, Brendan assumed all leadership responsibility, on an interim basis, while the ISA search committee looked for the next leader of the association.

“ISA didn’t skip a beat. Brendan jumped right in and took control. His ability to lead ISA while navigating a very busy time for the association showed he has the chops to take ISA to the next level. We are clearly in good hands.” –David Ruggles, President of Martin Supply Inc and ISA Vice-Chair

Brendan’s first 90 days will be heavily focused on reimagining the ISA 22 Convention slated for April 11-13, 2022 in Houston with a hybrid virtual component. ISA has not held an in-person convention since April of 2019.

“I am excited to get back in person with this industry and apply all the lessons learned during these last two years. This can’t be a check-the-box year. This event has to feel different because our companies, our channel and our world are different after two years of a pandemic. We have new challenges, opportunities, and goals and ISA 22 has to deliver on all of that. It’s time to build the channel for the future.” – Brendan Breen, ISA President

Following the convention, Breen plans to continue to build on the solid foundation laid by Gerber and the ISA Board of Directors. Breen shared that this role presents an amazing opportunity to create new value for the members of ISA.

“Our focus of Leading the Channel Forward™ and our mission of developing the strategies, tools, and education needed to stay relevant throughout change gives the ISA team the direction and confidence to produce more for the members. I want to thank the search committee, the ISA Board of Directors and, most importantly, the members of ISA for allowing me to lead this channel forward.”

Brendan earned his undergraduate degree in business administration and marketing from the University of Vermont and a Master’s degree in public administration from Rutgers University. He currently holds a Certified Association Executive (CAE) certification and is a member of the Pi Alpha Alpha Public Administration Honors Society. Brendan lives in Lawrenceville, New Jersey where he enjoys playing golf, listening to live music, and spending time with his wife Jamie and daughter Stella. Brendan and Jamie will also be welcoming their second daughter any day now!

About the Industrial Supply Association

The Industrial Supply Association is the channel association for the industrial MROP market. Focused on the End User’s changing needs and the new drivers and capabilities needed by all stakeholders to thrive as the channel continues to evolve, ISA’s mission is to help members develop and advance their companies and careers.

Access the benefits of membership by signing in with your ISA account. Not an ISA Member? Learn more about becoming an ISA member today. 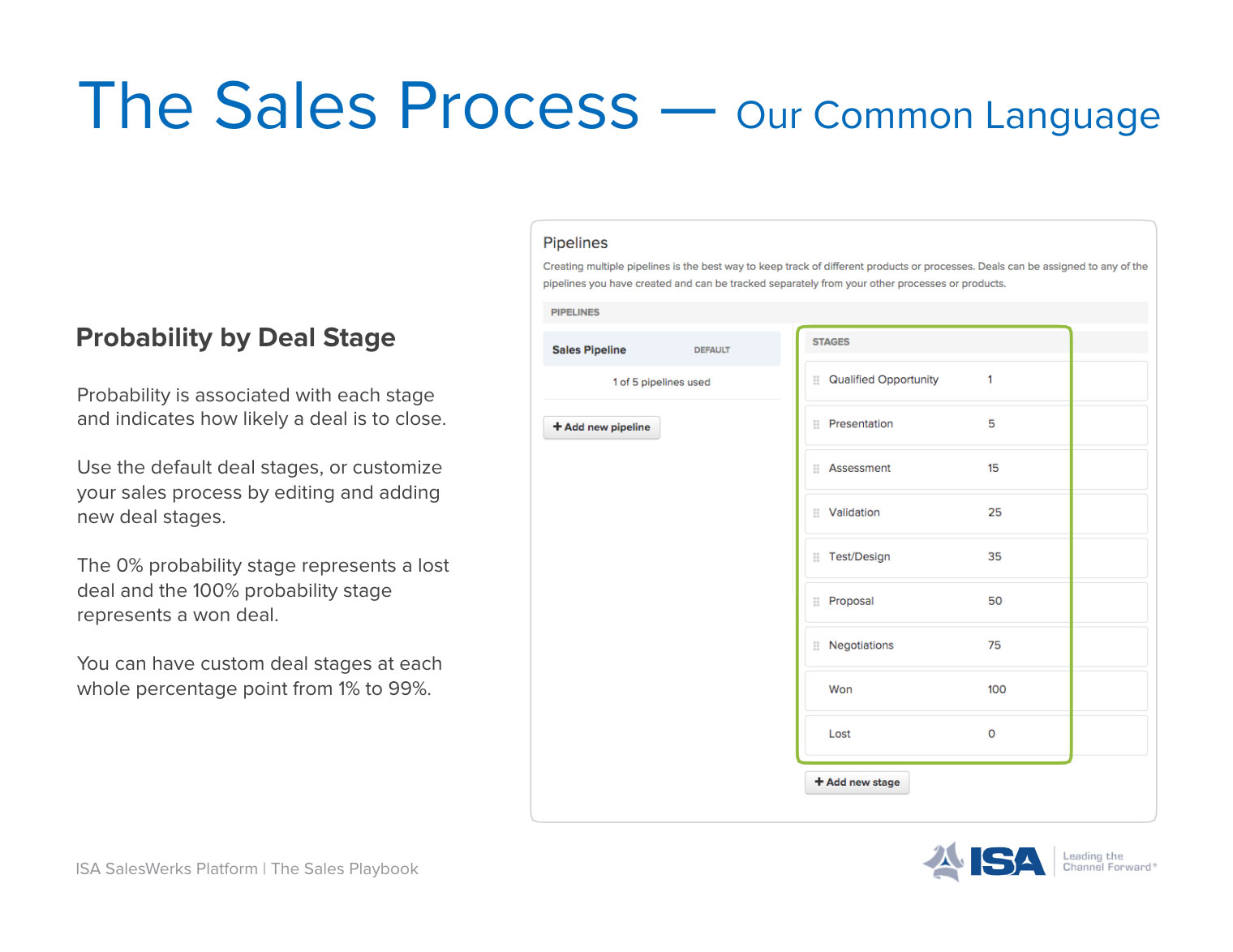 The ISA Foundation is a 501c3. Your donation goes to a great cause and is tax deductible.

If you are an ISA Member, you can donate by credit card or pay by check*.

If you are not an ISA member, please mail your check* to the address listed below.

*checks payable to The ISA Foundation

To all ISA Members and ISA Atlanta 2020 Attendees,

After continuous monitoring of the evolving situation with the novel coronavirus (COVID-19) and much deliberation, the Industrial Supply Association (ISA) is announcing today that the ISA Board of Directors have voted to cancel ISA Atlanta 2020 scheduled to take place April 20-22 in Atlanta, Georgia. Everyone at ISA understands and appreciates the time, effort, and resources that you have put into preparing for this event. Like you, we have been working hard, and were looking forward to coming together to Engage, Learn and Lead.

This decision was made after careful review of the most recent facts from the Centers for Disease Control (CDC), World Health Organization (WHO), the Georgia Department of Public Health and other local authorities. Ultimately, the health, safety and well-being of our members, management team and the community at large led to this decision. Although difficult, as this decision comes at a significant cost to ISA which is a nonprofit, we know it’s the right thing to do.

With that in mind, it’s important to note that ISA is YOUR ASSOCIATION and ISA is OUR INDUSTRY. With over 118 years of history, our mission is to provide the strategies and tools to help companies remain relevant throughout industry change. This global pandemic, combined with the accelerating disruption we all are facing, demonstrates now more than ever the need for ISA to continue its pursuit of Leading the Channel Forward®.

The good news is that we have the financial strength to weather this storm. We plan to access our financial reserves to make that happen. These reserves are intended to protect ISA in times like this and for investing in value added programs that benefit ISA members and our industry.

With this decision, we are prepared to refund 100% of all registration, booth and sponsorship fees. However, recognizing the significant impact on our reserves, we are asking for your consideration in donating your registration, booth fees and/or sponsorships to the ISA Foundation, all or in part, at the level your organization is able to support. Foundation funds will only be used for education, research and/or scholarships and your organization will be recognized as a supporting patron of the Foundation helping ISA continue its mission critical purpose. Your donation will help continue the momentum and fuel the future of the Industrial MROP Channel. We recognize the magnitude of this ask, but if each company can help in some way, together, we will strengthen ISA, our community and industry overall.

In the coming weeks, a member of the ISA team will contact all ISA Atlanta 2020 participants to discuss refunds and or donations. Due to the large number of companies and attendees we ask for your patience as we begin this process. This is a priority and will be given the urgency it deserves.

In closing, I would like to thank everyone that has reached out with overwhelming support and positive feedback regarding the path and mission we are on. To all, please keep an eye out for upcoming announcements regarding the Lifetime Achievement Award, Innovation Impact Awards, Phase 2 Analytics for Distributor, Manufacturers and IMRs, Scholarships and so much more.

On behalf of the ISA Board of Directors, I would like to thank you for your patience throughout this decision-making process and your commitment to your association – ISA.

Stay up to date with the latest information we have here.

The Emerging Leaders Virtual event will be recorded and available for thirty days after September 2nd 2020. Due to the virtual accessibility of this summit, no refunds will be issued if you are unable to attend the live event.

The Women in Industry Virtual Summit 2020 will be recorded and available for 30 days after the event. Due to the virtual accessibility of the event no refunds will be issued if you are unable to attend the live event.

Economic Guidance: Gearing Up for Growth Webinar will be recorded and available for 30 days after the event. Due to the virtual accessibility of the event no refunds will be issued if you are unable to attend the live event.

To qualify for member rates, 2020 membership dues must be paid.

Non-exhibiting rate is for the first attendee only – any additional attendees, see the Member or Non Member rates.